On the Shores of Lake Winnipesaukee

A case could be made that the waters of Lake Winnipesaukee are a little higher near the shores of Camp Winaukee from the thousands of tears that have been shed by campers and counselors alike at the end of each summer. For more than one hundred summers, Winaukee campers, and the amazing staff entrusted with their care, have experienced a distinct commonality that transcends time: “Camp Tears.”

Camp tears are as pure a variety that exist on the planet. Unlike tears of pain, tears of sadness, loss and grief, and tears of happiness and love, camp tears fit into their own unique category. I have always found that camp tears come from a place that is a beautiful and singular amalgam of all the aforementioned reasons.

This was illustrated this past week during our latest episode of “Hold the Fort.” Our guest on the podcast was a Winaukee Island counselor from the 1960s and 70s, Ed “Catman” Belding. My special guest-co-host was AC Vitter who worked at Camp Winaukee for 48 summers starting in 1967. At the end of the show, both Ed and AC were overcome with emotion as they reflected upon their relationship, their shared love for Winaukee, and remembering what Winaukee meant and means to them. It was a touching and poignant moment, as two men reminisced about memories from more than a half-century ago.

During my twenty-five summers at Winaukee, I’ve witnessed countless campers and counselors empty their eyes as the summer came to an end. Whether it was at Songfest, Banquet, or on the dreaded final boat ride to the mainland to board the buses home, even the steeliest and most reserved of campers and counselors struggled to avoid welled-up eyes and a quivering lip. It is at these moments when the impetus for the tears comes into focus: gratitude. I truly believe that gratitude is the aquifer for all of these camp tears.

The beautiful through line among generations of Winaukee campers and counselors is a palpable understanding of this phenomenon. I can guarantee that many campers felt a profound sadness that their time at Winaukee had reached a natural conclusion. However, this sadness was only made possible by the immense gratitude that they either knowingly or unwittingly had for everyone and everything that made their time at Winaukee so special and memorable.

Invariably, as it happens with me and countless others, the final tears soak into the ground and then a feeling of happiness permeates the environment. The flood of gratitude has naturally abated and although always omnipresent, fades off into the recesses of memory. At those moments, laughter and joy return to center stage. To take some artistic liberty in paraphrasing the great Dr. Seuss, during those times, “Don’t just cry because it’s over, also smile because it happened.” 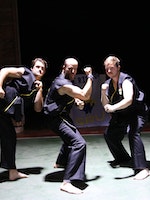 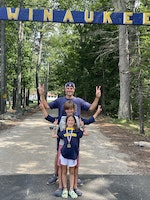 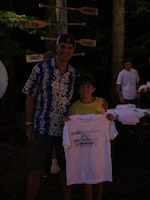 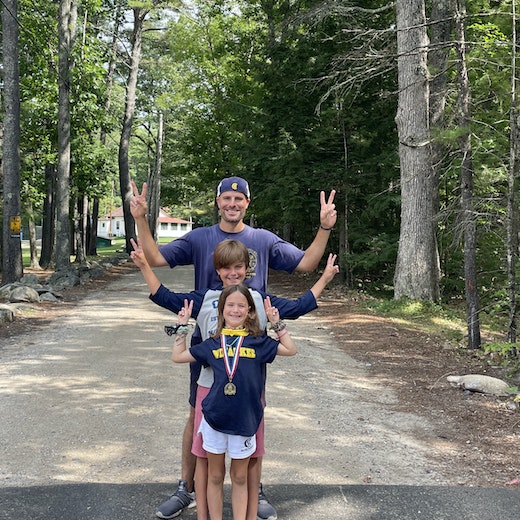 Judd started out as a camper in Bunk 8 in 1988 and Winaukee has been a huge part of his life ever since. After six summers as a camper, Judd returned to the Winaukee Island staff from 1997 to 2013, serving as a soccer and golf coach, a senior group leader, a Color War planner, and fire circle story teller. His time on staff came to an end as he pursued a building leadership degree at Manhattanville College in 2014.

He accepted a position as the Assistant Principal of Pelham Memorial High School in Pelham, NY in 2015, after spending 11 years teaching Social Studies and coaching soccer at Rye High School. He completed his coursework in a Doctoral Program in Educational Leadership at Fordham University in 2019. That same summer, after attending the 100th Reunion of Camp Winaukee, Judd decided that the pull of Winaukee was too strong to deny. He resigned his position as an AP in June of 2020 and was then able to return to Winaukee for full summers.

Judd has worked on the mainland since 2021 and has reassumed his traditional roles at camp, taking on the title of “Director of Fun.” His son, Rhys, is heading into his 12-year-old summer on the mainland, and then will be heading off to Winaukee Island in 2024. His daughter Tess is looking forward to her third summer at Camp Robindel. His wife Brit, loves all three of them dearly, but also loves 7 weeks of peace and quiet in Davidson, NC – their hometown.

Judd co-hosts a podcast about Camp Winaukee entitled, “Hold the Fort,” which can be found anywhere you get your podcasts.