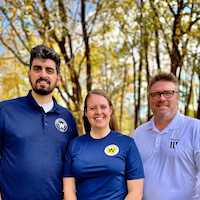 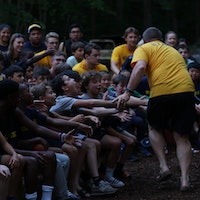 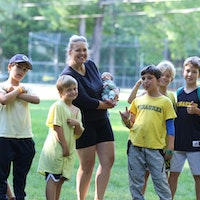 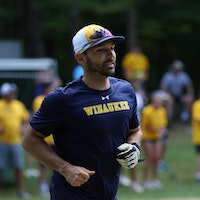 Ashleigh grew up in Boise, Idaho and got her first taste of sleepaway camp in 2006 when she was hired to work on the waterfront at Camp Walt Whitman. She spent 5 summers there before joining the full-time team in 2012. Ashleigh has been the person people come to at Walt Whitman, specializing in the camper experience, building positive culture, and staff development. Ashleigh attended Williamette University in Salem, Oregon as a college athlete. Prior to starting full time in camping, she took the chance to travel around the world, to every continent, over the course of 3 years. Teaching English in South Korea for a year was definitely a highlight! She has been involved with the American Camp Association as a Tri-State Conference Program Track Chair and is a speaker at multiple camp conferences. She also is a passionate advocate of Project Morry, an organization that helps youth from under-served communities attend summer camp, having served for many years on their Dare to Dream Committee. Her favorite role though is as mom to sons Cooper & Henry. Ashleigh, Matt, Cooper & Henry currently live in Ridgefield, CT.

Matt grew up in Livingston, NJ, and his love for sleepaway camp started as a 9-year-old. In 1992 he bolted off the bus at Camp Echo Lake and never looked back. Matt spent 14 years as a camper and seasonal staff member before joining the full-time team in 2006 as a Staffing Director. Matt’s summer positions included counselor, Group Leader, and ultimately Program Director. As Program Director for 8 summers Matt was a key part of camp’s leadership team. Upon his engagement to Ashleigh, he joined her full-time at Walt Whitman and eventually became an Assistant Director. Matt loves the logistics of camp, camper and staff recruitment, and program development. Matt attended the University of Maryland for undergrad and his MBA from Iona College. Matt has been involved with the American Camp Association as both a Tri-State Program and EPIC Committee Member. He is also an ACA Standards Visitor. He is an avid supporter of Project Morry and was the long time Chair for their Dare to Dream event. Matt is excited to force Cooper & Henry to root passionately for the Nets, Mets and Giants.

Poff’s passion for camp began back in 1992 where he began as a basketball counselor. Over time he became a program head, a group leader and finally served as the Head Counselor. Although his full-time status came to an end in the early 2000’s, the fire still burned strong and he knew, some day, he would get back to camp. After twenty-five years of independent school administration in Massachusetts, California and Michigan, he finally was able to go full circle and return to camp, but not just any camp, Camp Winaukee.

Over the course of his time in education, Poff has seen first-hand how social media and the push for academic perfection can affect even the youngest student, making them feel like they are a number and not always seen. On the contrary, at Camp Winaukee, each boy can get away from those stressors, be themselves, have fun and be seen as an individual while feeling like a critical part of the whole.

Poff and his wife, Karen, met on camp in 1993 and still stay in touch with current and former administrators, counselors and campers who all share the same passion for how special, camp truly is. They are blessed to be able to share the camp experience again with their child, Colbie.

Chandler is our Assistant Director who oversees much of our athletic and creative programming – ensuring all Winaukee campers receive incredible sports instruction. A graduate of Trinity College in Connecticut with a Bachelor’s degree in psychology, he was a two sport athlete, winning a National Championship in baseball in 2008 (earning 1st Team All-American honors) and was an all-conference running back & quarterback on the football team.

After graduating, Chandler had a 7-year career as a professional baseball player before getting his M.B.A. from Texas Tech.

Chandler has coached all ages ranging from five to twenty-five, including several top Texas-based travel teams and at the collegiate level. Since joining Winaukee for the summer of 2016, Chandler has been instrumental in our athletic programming and camp leadership.

Ready to Explore Our Activities?

Camp Winaukee offers a lot of options for boys —