Why I Return to Work at Winaukee

There are so many tangible and intangible reasons why I return to Camp Winuakee summer after summer. Some are clearly defined pull factors. However, there is also a general feeling of belonging, well-being and spirit that brings me back every summer. Camp Winaukee has been my home for more than a decade and the counselors and campers I have met along the way have become my family. There is no place I’d rather be when June rolls around than at 432 Winaukee Rd in Moultonborough, NH.

The Winaukee community is one of the most important reasons I tailor my life to be able to return each and every summer. Over the years, I have been blessed to meet some of my best friends at camp. It is so clear to me that these people will be my friends for life. There is a special bond that forms between and among counselors. This same bond is created among campers as well. I love the duality of experiencing it for myself as an adult while simultaneously cultivating and fostering an environment where kids can form long-lasting and important relationships with their friends. When the campers are acting in concert and supporting each other, and when the counselors are gelling and creating an atmosphere conducive to fun and learning, magic happens.

Thinking back to those intangible factors, I can still remember when I first passed through the front gates of Winaukee in 2009 for staff orientation. I instantly felt at home and was overwhelmed by how Camp Winaukee is so unbelievably special in so many different and unique ways. Early in my Winaukee career, I was reserved and timid until I understood what the Winaukee spirit was all about. Through the teachings of veteran counselors, I learned to “leave the cool guy at the gate” and just be myself: be loud, chant, dance, be outrageous, and be silly. This is what Camp Winaukee is all about: to push yourself and grow in many different ways. This transcends the counselor experience and permeates the camper experience on almost a daily basis. When we can all work on elevating self-confidence, improving self-esteem, and building self-efficacy, the sky’s the limit. 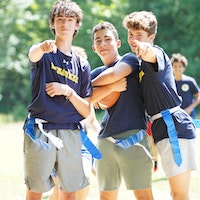 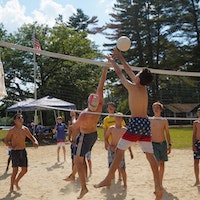 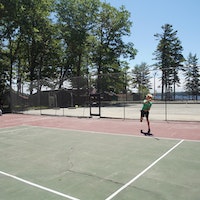 Leadership opportunities played an early role in my Winaukee experience and helped teach me so much about myself. I have been honored over the years to be an Assistant and a Leader for both College War and Color War. While these roles really pushed me personally out of my comfort zone, I look back on them as some of the best in my life. I learned that I was able to tap into the potential of the other counselors and most importantly, the campers. I learned that true leadership (in the words of Bill Bradley), “is unlocking people’s potential to become better.” Helping to encourage campers to step into leadership roles, motivating first-year campers to try things they have never done, and supporting a team of campers who need to believe in the power of positive energy and self-belief, were all aspects of leadership that truly appealed to me. I found so much joy in watching the rookie counselors and campers find their voice, spirit and passion for Winaukee.

I am so grateful for my many summers on Lake Winnipesaukee at the most amazing camp in the world. While it may be next to impossible to accurately describe the experience of being at Camp Winaukee to anyone outside of our own community, there is a special bond formed among everyone who has been and who is part of our Winaukee family. And once you’ve passed through those gates, Winaukee will forever be a part of your soul. 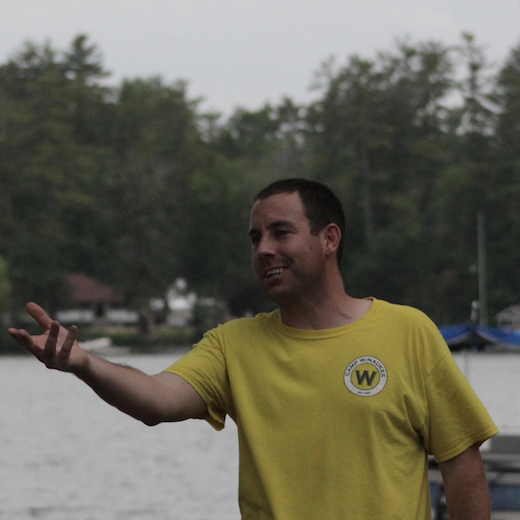 Bobby Britten is from Scarborough, Maine; though he recently relocated to Orlando, Florida.

He has comitted his career to working with youth and has been both a behavioral health professional in a specialty purpose school and has overseen a residential program for children with mental health diagnoses and behavioral challenges. Currently, he is working as a registered behavior technician at Access Charter School in Orlando, Florida. He works with students diagnosed with Autism Spectrum Disorder, significant cognitive and/or social skill delays.

Bobby has spent the past 12 summers at Camp Winaukee, his favorite place in the world. He enjoys spending time with family and friends, being outdoors (especially on the lake wakeboarding), snowboarding, watching Nascar and being physically active.